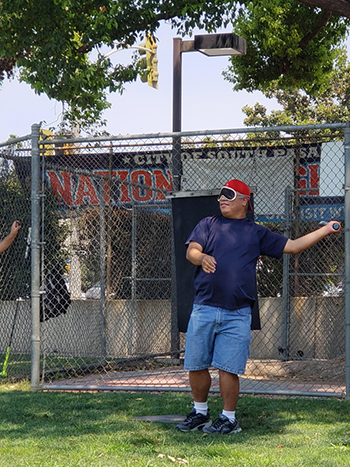 The San Gabriel Valley Panthers team was established in January of 2018 by Darren Keepers in South Pasadena, California and began team practices in May of 2018. The Panthers began their journey with only four players and one volunteer, but after a lot of hard work, news coverage and word of mouth, the team grew to over twelve players and 5 coaches along with several other volunteers within only four months. The Panthers will be competing in the 2019 Beep Baseball World Series in Tulsa Oklahoma.